Gulf War Illness (GWI), also known as Gulf war Syndrome (GWS), is a chronic multisymptom disorder affecting returning military veterans and civilian workers of the Persian Gulf War. A wide range of acute and chronic symptoms have been linked to it, including fatigue, muscle pain, cognitive problems, rashes and diarrhea. Approximately 250,000 of the 697,000 veterans who served in the 1991 Gulf War are afflicted with enduring chronic multi-symptom illness, a condition with serious consequences. From 1995 to 2005, the health of combat veterans worsened in comparison with nondeployed veterans, with the onset of more new chronic diseases, functional impairment, repeated clinic visits and hospitalizations, chronic fatigue syndrome-like illness, posttraumatic stress disorder, and greater persistence of adverse health incidents. According to a report by the Iraq and Afghanistan Veterans of America, it showed that veterans of Iraq and Afghanistan may also suffer from the syndrome.
Suggested causes have included depleted uranium, sarin gas, smoke from burning oil wells, vaccinations, combat stress and psychological factors, though only pyridostigmine (an antitoxin for nerve agents) and organophosphate pesticides have been conclusively linked so far.

According to an April 2010 U.S. Department of Veterans Affairs (VA) sponsored study conducted by the Institute of Medicine (IOM), part of the U.S. National Academy of Sciences, 250,000[5] of the 696,842 U.S. servicemen and women in the 1991 Gulf War continue to suffer from chronic multi-symptom illness, popularly known as “Gulf War Illness” or “Gulf War Syndrome.” The IOM found that the chronic multi-symptom illness continues to affect these veterans nearly 20 years after the war, and, “the excess of unexplained medical symptoms reported by deployed [1991] Gulf war veterans cannot be reliably ascribed to any known psychiatric disorder.”[11]
According to the IOM, “It is clear that a significant portion of the soldiers deployed to the Gulf War have experienced troubling constellations of symptoms that are difficult to categorize,” said committee chair Stephen L. Hauser, professor and chair, department of neurology, University of California, San Francisco (UCSF). “Unfortunately, symptoms that cannot be easily quantified are sometimes incorrectly dismissed as insignificant and receive inadequate attention and funding by the medical and scientific establishment. Veterans who continue to suffer from these symptoms deserve the very best that modern science and medicine can offer to speed the development of effective treatments, cures, and—we hope—prevention. Our report suggests a path forward to accomplish this goal, and we believe that through a concerted national effort and rigorous scientific input, answers can be found.” Questions still exist regarding why certain veterans showed, and still show, medically unexplained symptoms while others did not, why symptoms are diverse in some and specific in others, and why combat exposure is not consistently linked to having or not having symptoms. The lack of data on veterans’ pre-deployment and immediate post-deployment health status and lack of measurement and monitoring of the various substances to which veterans may have been exposed make it difficult—and in many cases impossible—to reconstruct what happened to service members during their deployments nearly 20 years after the fact, the committee noted.[5] The report called for a substantial commitment to improve identification and treatment of multisymptom illness in Gulf War veterans focussing on continued monitoring of Gulf War veterans, improved medical care, examination of genetic differences between symptomatic and asymptomatic groups and studies of environment-gene interactions.
-Source: Wikipedia

Gulf War Illness or Gulf War Syndrome is a prominent condition affecting Gulf War veterans. It is a cluster of medically unexplained chronic symptoms that can include fatigue, headaches, joint pain, indigestion, insomnia, dizziness, respiratory disorders and memory problems. The VA refers to these illnesses as “chronic multi-symptom” and “undiagnosed illnesses.”

Gulf War veterans who meet the criteria below do not need to prove a connection between their military service and illnesses in order to receive VA disability compensation.

The VA presumes certain chronic, unexplained symptoms existing for six months or more are related to Gulf War service without regard to cause. These “presumptive” illnesses must have appeared during active duty in the Southwest Asia Theater of military operations or by December 31, 2016 and be at least 10% disabling.

They include:
• Chronic Fatigue Syndrome, a condition of long-term and severe fatigue that is not relieved by rest and is not directly caused by other conditions.

• Fibromyalgia, a condition characterized by widespread muscle pain. Other symptoms may include insomnia, morning stiffness, headaches and memory problems.

• Functional Gastrointestinal Disorders, a group of conditions marked by chronic or recurrent symptoms related to any part of the gastrointestinal tract. Other symptoms may include irritable bowel syndrome (IBS), functional dyspepsia and functional abdominal pain syndrome.

• Undiagnosed Illnesses with symptoms that may include but are not limited to: abnormal weight loss, fatigue, cardiovascular disease, muscle and joint pain, headaches, menstrual disorders, neurological and psychological problems, skin conditions, respiratory disorders and sleep disturbances.

Gulf War service is active military duty in the Southwest Asia Theater of military operations at any time during the first Gulf War starting August 2, 1990 through the Iraq War. This includes veterans who served in Operation Iraqi Freedom (2003-2010) and Operation New Dawn (2010-2011). Specifically, these areas include:

• Iraq
• Kuwait
• Saudi Arabia
• The neutral zone between Iraq and Saudi Arabia
• Bahrain
• Qatar
• The United Arab Emirates
• Oman
• Gulf of Aden
• Gulf of Oman
• Waters of the Persian Gulf, the Arabian Sea and the Red Sea
• The airspace above these locations

Join In and Take Action!

Our goal here at GIV is to raise awareness and take action. We urge you to contact the administration, your senators and congressman and the VA secretary to urge them to change the way Gulf War vets with gulf war illness are cared for at VA facilities and to give us the benefits we deserve.

A Monthly Archive of Posts: 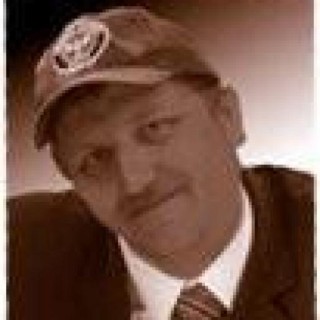 David is a graphic artist, illustrator, web designer and writer. He worked for years as a designer and art director for various corporations and has authored two books. One is about his childhood growing up in the suburbs of Chicago and the other is for veteran's benefits. He lives in Michigan, but grew up near Chcago. He is a veteran of the Gulf War and is an advocate of Gulf War Illness as he suffers from chronic pain fibromyalgia, disk diseases, rheumatic disorders, joint pain, diabetes, neuropathy, migraines, depression, anxiety, COPD, asthma, and more. The illness got so bad that in 2009 he was forced to retire and collect a pension from the VA. Since then he has been fighting for service-connected disabilities with an attorney. As of 2021 he is still not service connected disabled. He has limited abilities and His interests are in writing, art, music, veterans , graphics and film. You can find out more about David by visiting daviddockery.com or help spread awareness of gulf war illness by visiting his blog gulf illness veterans at http://tinyurl.com/j3d3ajg